A Brief History of Burlington's waterfront

The Burlington, Vermont waterfront is truly a special place. It draws in locals and tourists alike with its scenic views, outdoor 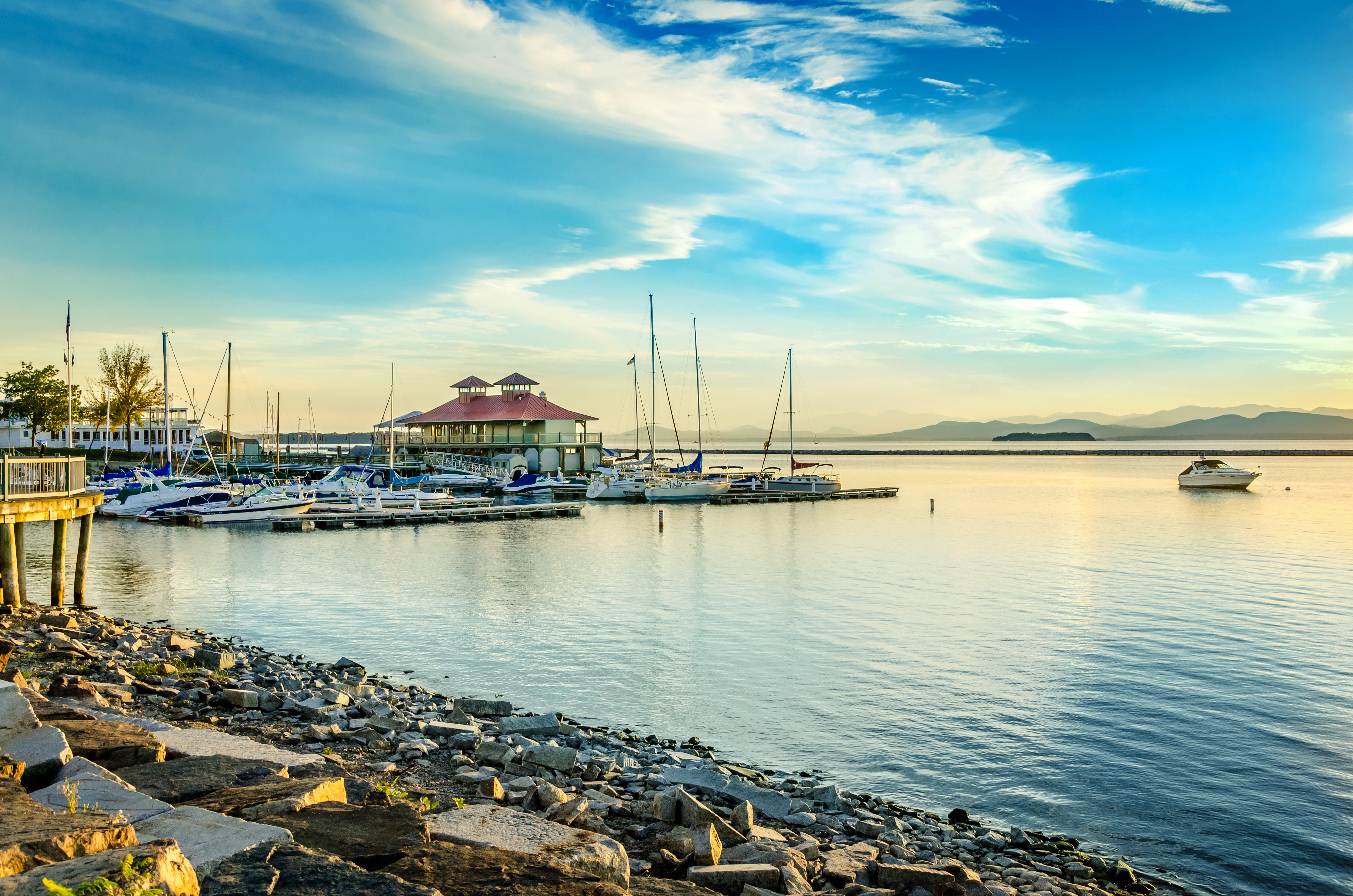 recreation opportunities, diverse array of waterfront festivals, and extraordinary sunsets over the Adirondack Mountains. You can meander along the boardwalk, take a cruise aboard The Spirit of Ethan Allen, dine at several nearby restaurants- including a dock & dine option at the Boathouse, take sailing lessons at the Community Boathouse & Marina, or simply enjoy a picnic with friends on the park lawns.

But this wasn't always the case. After years of serving as a commercial hub for the lumber & ship-building industry, the Burlington waterfront had become a post-industrial wasteland with abandoned buildings, disused fuel tanks, old cars and half-sunken boats in the harbor.

By the late 1940's citizens began speaking up about the state of the waterfront and lamenting the eyesore it had become. They felt strongly that it was a wasted local resource, and that they could not rely on former business to clean up their mess. A fight began to clean up the waterfront and open it up for public enjoyment. The next few decades saw citizens and industry battling back & forth for possession of the waterfront. Junkyards and coal-fired plants opened & closed again. Railroads left equipment to rust and the number of fuel oil storage tanks grew. The debate between citizens and industry continued well into the 1970's. Finally, the city mandated that oil companies vacate the waterfront- on a 20 year timeline. The former barge canal was declared a superfund site in the early 1980's. Developers stepped in with plans for high rise condominiums. But the newly-formed Citizens Waterfront Group were having none of it, and insisted the waterfront was a public asset, and should not be reserved for the few who could afford it. The fight would go all the way to the Supreme Court.

In the late 1980's, with support from then Mayor Bernie Sanders, the Citizens Waterfront Group fought for public control of the waterfront. The now wildly popular bike path was built in 1986, the coal-plant was decommissioned, ferry boats began arriving with tourists, and the Burlington Boathouse was completed in 1988. A beautiful public waterfront was well on its way to becoming the crown jewel of the city. 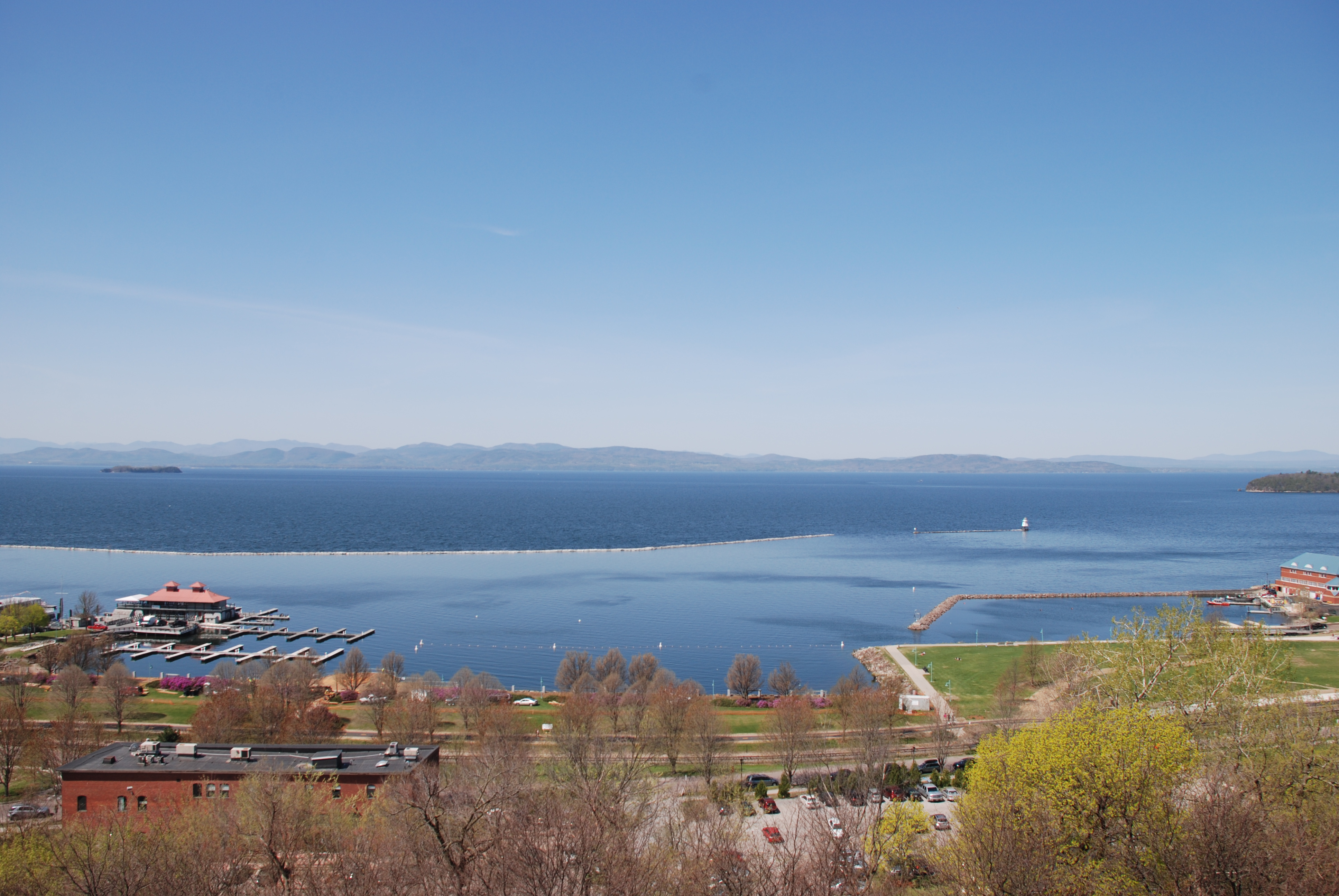 Today, thousands of tourists flock to Burlington, and nearly every one of them visits the waterfront at some point in their stay. For Burlingtonians, frequent treks to the waterfront to enjoy the beautiful sunsets are a favorite part of their routine- As well as enjoying a "creemee" at one of the many small vendors as a reward for their efforts! Festivals are held on the grounds year round & community fund-raising events bring people together- from the popular Dragon Boat fundraiser for cancer survivors to the Vermont City Marathon & Relay Race. The waterfront is still evolving to this day, but always with the watchful eye of Burlington's citizens.

For a more detailed history of the Burlington waterfront, click here to read this excellent article by Burlington Geographic!