As any local will tell you, Vermont is the craft beer capital of the country. With the most breweries per capita 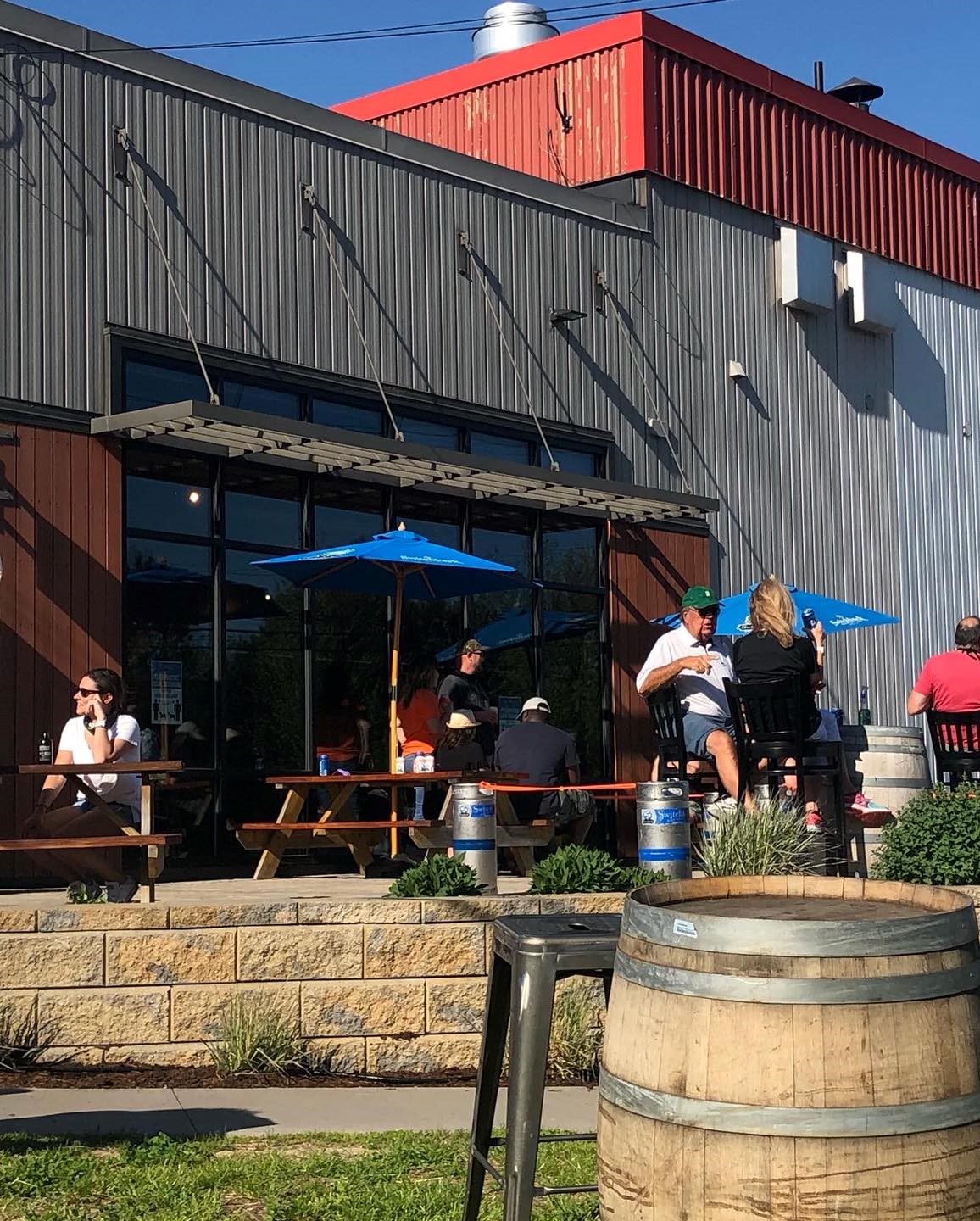 and numerous award-winning beers – it’s a point of VT pride.

These breweries, and especially those around the Greater Burlington area, aren’t just for tourists coming to taste the local ales (though that’s encouraged too!), but instead a favorite outing of Vermonters old and young. There are nearly a dozen craft breweries just in the Burlington Downtown and Waterfront areas which makes brewery hopping a favorite pastime.

Whether hoping to stop at one or two tap rooms or trying and hit them all, numerous routes are possible to make your way across town. Thanks to Burlington’s bike friendly nature, including the beautiful bike path crossing through town, the brewery tour by bike can be the best option.

A favorite route of my son – a craft beer and biking fan – is to start in the South End of Burlington next to Oakledge Park. Just outside the main entrance to the park is Switchback Brewery, founded in 2002.
At the tap room they have lawn games, snacks and deals every weekday, such as $3 pints of their signature Switchback Ale on Mondays.

After a quick pint and game of corn-hole, you’re off to the next stop. Just a short ride north along Pine Street, center of the South End Arts District, will bring you to Zero Gravity Craft Brewery. Their tap room opened in 2015 but was a local favorite well before then. Grab one of their hoppy ales or something a bit more out there – such as their Bernie Weisse, named after our Vermont Senator and described by them as, “A lightly sour and forward-thinking ale.”

A few minutes north along Pine Street by bike will bring you to the next stop on the tap room tour – though this one is a bit different. Citizen Cider doesn’t make beer (though they have beer options for those who may not be cider fans). Instead, they are a beloved Burlington cidery that has only existed since 2010, but already feels like an institution. Walk up the steps to their deck and try and grab a table. Depending on your time of visit, this may be tough – they’re often quite busy, but fortunately have a beautiful inside as well. They have a range of cider from their original semi-sweet Unified Press, to their ginger-infused Dirty Mayor, their blueberry-infused bRosé and numerous other unique ciders. The tap room even has some signature cocktails made with their ciders if you’re in the mood for something stronger. Don’t fill up too much though. There’s one final destination on our route.

Cutting down from Pine Street toward the lake, we then cruise north along the Burlington bike path. This section of the path takes you by the Perkins Pier and Ferry Dock Marinas then by the boat house and the ECHO Leahy Center to the final tap room, Foam Brewers. A relatively recent addition to the Burlington brewery scene, they’ve grown a strong following thanks to their pristine location along Waterfront Park and their consistent, wide-ranging selection of delicious IPAs and Sours. Grab a table on their patio and watch the action along the bike path and park before soaking up the sunset.

Of course, in our new normal of the Covid-19 world, even something as simple as a bike ride to breweries is no easy thing. Not all of our local favorites have reopened or know if they’ll be able to down the road. Fortunately, all of the breweries listed here have significant outdoor seating and have reopened on a limited capacity basis. We might all be stuck at home still for the most part, but at least in our beloved Burlington we can still get outside and soak up some of what the city has to offer.