If you would like to schedule a tour of any Burlington VT Old North End homes, contact the Brian Boardman Group. You can also create an account with the site to save your favorite listings and receive updates by email when a new Old North End home goes on the market.

North Street was once the heart of Burlington and its downtown center. Though Church Street has taken over that role, North Street is in the midst of a renaissance of sorts. Spurred by the North Street Revitalization Project, new businesses are moving back into the neighborhood. North Street boasts many successful businesses including the progressive environmental company Draker SolarDesign, the vibrant Studio STK, and African, Asian and Himalayan markets. Just around the corner on North Winooski Avenue are Panadero Bakery and Viva Espresso cafe, two great new additions to the Old North End. 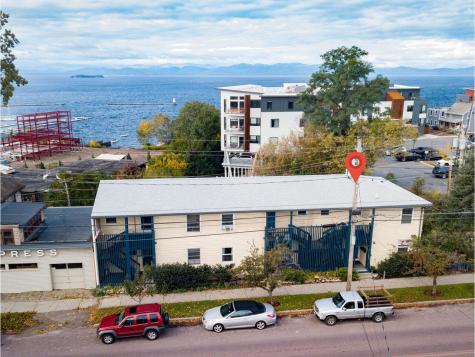 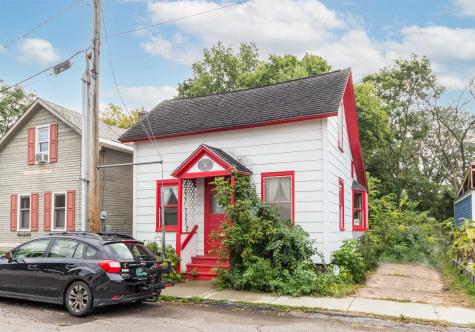 Opportunity awaits! Charming Burlington bungalow ready for your finishing touches. Situated on a quiet side street, just a block from Battery Park and the Burlington Waterfront. Beautiful woodwork throughout, living room with hardwood floor opens to den or office space, eat-in kitchen, and first floor full bath. Upstairs you will find one bedroom and a bonus room complete with plenty of closet space. Off-street parking in your own private driveway. Bring your landscaping vision to life in your own private backyard. All furnishings convey with the property. Book your showing today! 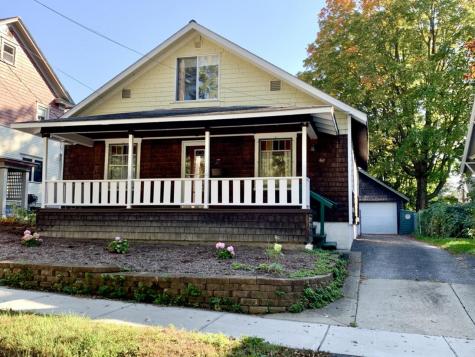 Built in 1920, this wonderful three bedroom, two bathroom residence is located in the heart of UVM, the UVM Medical Center, and near downtown Burlington. This home features not one, but two covered porches - great spots to sit outside and enjoy the fresh air. The open floor plan provides a nice flow between the living room and dining area. The office space is ideal for working from home. The bright sunroom, with many windows overlooking the gardens, is a great spot for morning coffee or to wind down in the afternoon. The upstairs has been recently renovated. Outside you will find a detached 1+ car garage, with a long driveway providing even more parking for owners and guests. The large yard has tons of potential for gardening and entertaining. This residence is minutes away from UVM and Champlain College plus tons of restaurants, shopping, and entertainment in the City of Burlington. This is a great opportunity, so don't wait! 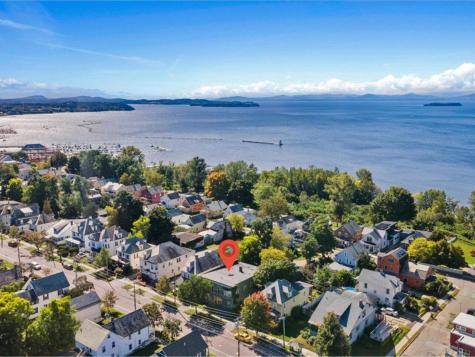 Wonderful investment opportunity on Lakeview Terrace with Lake Champlain and Adirondack views! Mix of studios, 1, and 2-bedroom units all with separate utilities plus full basement with laundry and storage for tenants. Well-maintained building with lots of updates throughout. Tons of off-street parking. Tenants love their porches and the outdoor space with shared yard. Just a few blocks from Battery Park, the waterfront, and bike path plus easy access to Church Street, colleges, and hospital. Large lot offers some redevelopment potential. 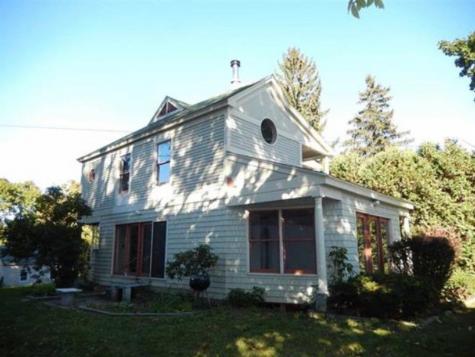 This four-bedroom, three-bath, contemporary residential condo is located in the heart of UVM, UVM Medical Center, and nearby downtown Burlington. Built in 1988, this stand-alone home features a wonderful floorplan and interesting design details both inside and out. The open floorplan provides a nice flow between the living room and dining area. The kitchen has plenty of cabinets, storage, and full appliances. A roomy primary bedroom suite has an office space, ideal for a work from home solution, and access to a covered porch that provides the perfect spot to relax. The unfinished basement has plenty of room for storage, a laundry area, and the potential for finishing and incorporating large daylight windows. Use your imagination to create another living space! Outside you will find an attached two-car garage and ample off-street parking for owners and guests. The large, landscaped yard has tons of room for gardens and entertaining friends and family. If you are looking to live in the heart of Burlington, this home will make the perfect primary residence or ideal investment property. Minutes to all the wonderful restaurants, shopping, and entertainment the city of Burlington has to offer. 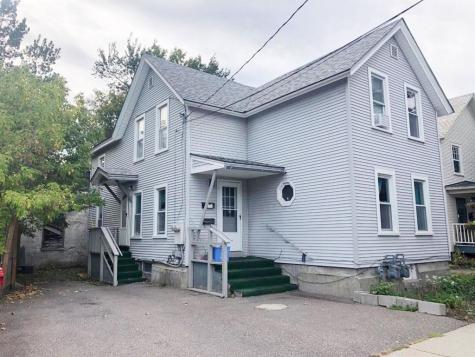 Turn-Key Duplex In Prime Burlington Location! Many great updates and improvements have already been done over the years to allow the next owner to be off and running! Roof, siding, windows, plumbing, electrical, etc.! All in great shape! Both units have also been renovated over the years to keep long term & happy tenants. Terrific location walking distance to everything Burlington City life has to offer. Parks, restaurants, bars, and the beautiful waterfront of Lake Champlain! Right on the bus line so easy commuting for tenants. This investment would make a wonderful opportunity and addition to any and all portfolios. 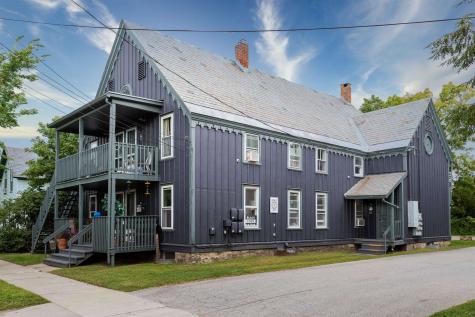 Attention Investors: This well-maintained 6-unit property in a prime Old North End location is worth a look! This building has had a ton of upgrades, including kitchen updates with granite countertops, gas ranges, and stainless appliances. The exterior was fully repainted in 2017, and the slate roof has been regularly maintained. These bright units feature tin ceilings, wood and tile floors, and well-preserved historic character, plus each unit has access to a covered porch or balcony. Added bonuses such as plenty of off-street parking, and coin-op laundry in the basement make these highly desirable rentals. This location is minutes from Downtown Burlington & Winooski as well as the colleges and hospital. The great location & unique character along with a strong rental history and financials make this an excellent investment opportunity. 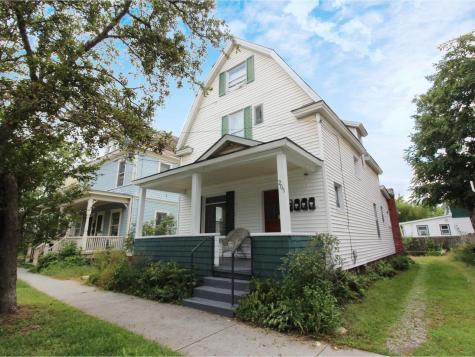 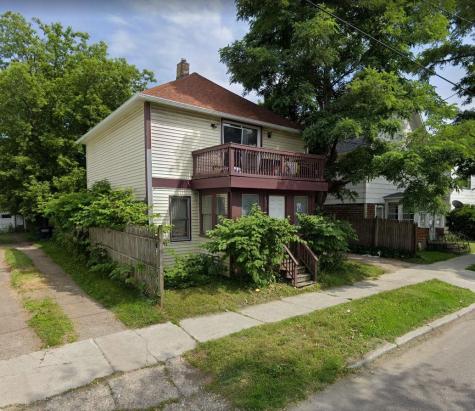 This Triplex is an easy walk to downtown, colleges and all the arts and culture Burlington has to offer. With a 3 bedroom and two 1 bedroom units, this building with a well established rental history offers loads of opportunity for both the investor looking to add 5 bedrooms to their portfolio, as well as for the owner occupier looking to get started. The 3 bedroom covers the second floor and includes an awesome walk out balcony that adds to the charm and living space and is leased through next May. The 1 bedrooms downstairs are month to month and offer easy access to parking and the green space. Each of the 3 units comes with a washer and dryer and a dedicated parking spot out back for each bedroom - rare for rentals in Burlington. The deep lot currently has some fine looking gardens going and there's plenty of area to be creative. Fire and Safety has been done, EMP's are current and this building is ready to go!

Copyright 2021 New England Real Estate Network, Inc. All rights reserved. This information is deemed reliable, but not guaranteed. The data relating to real estate for sale on this web site comes in part from the IDX Program of NEREN. The information being provided is for consumers' personal, non-commercial use and may not be used for any purpose other than to identify prospective properties consumers may be interested in purchasing. Data last updated October 22, 2021.