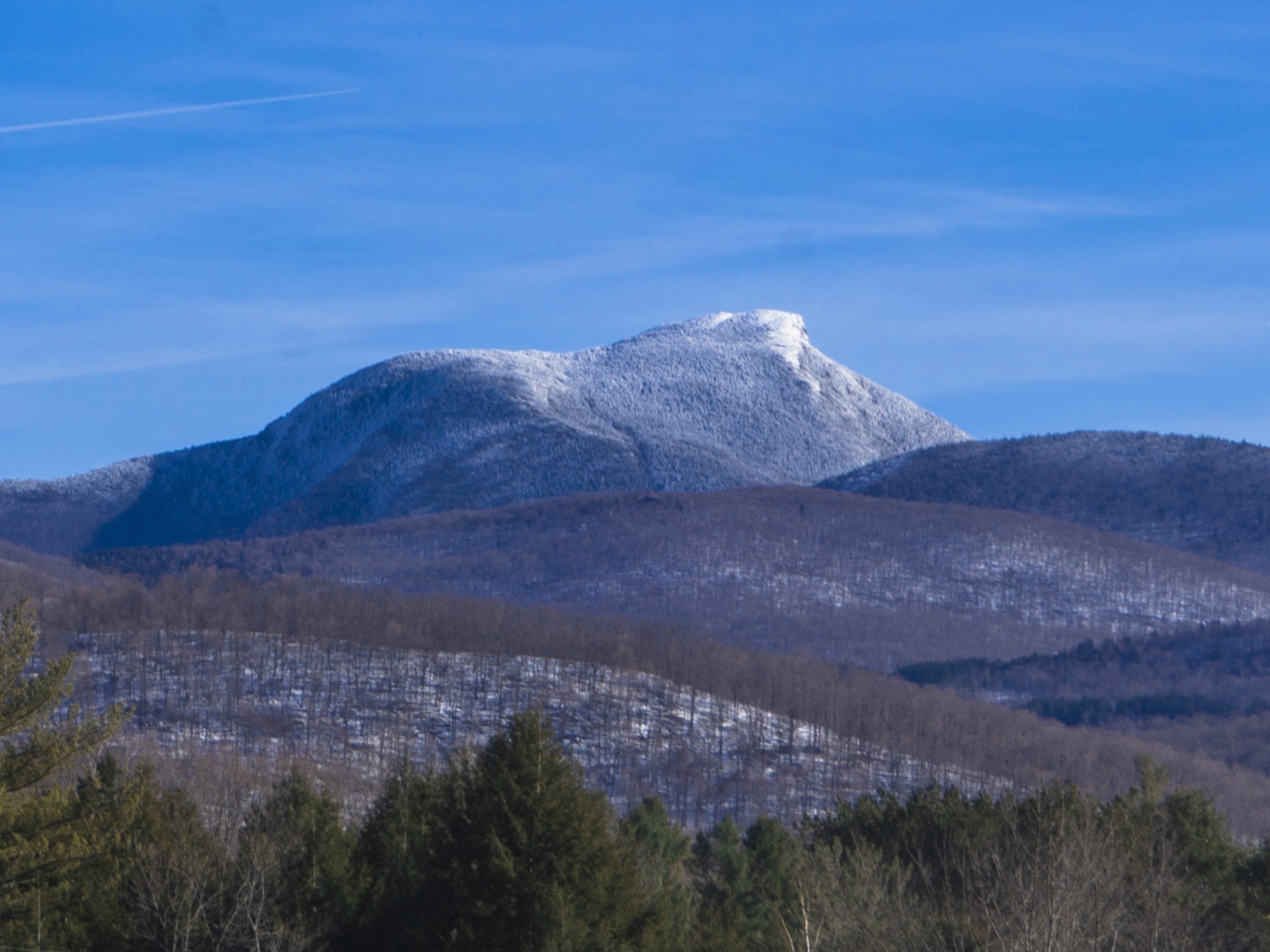 Named New Huntington in the grant, which listed Edward Burling and 65 others, including a number of Ferrises, for whom Ferrisburg is named. The town is named for three members of the Hunt family among the grantees: Josiah, Charles, and Marmaduke. The "New" was dropped by Legislative action in 1795. The first town's Post Office was established in 1827 as Huntingdon, and it took fifteen years of protests from townspeople to get the spelling corrected. It's actually unusual that it got corrected at all: a number of locations in Vermont are named as they are because of arbitrary decisions on the part of the Post Office and its practice of ignoring the advice and desires of the local populace. Folks in Charlotte and Milton, among others, had similar experiences.

So much of Huntington's land is mountainous that most of the peaks have not been officially named. Camel's Hump State Forest takes up much of the eastern portion of the town. Though many would argue in favor of Mount Mansfield, "The Hump" (pictured above) is easily the most recognizable peak in the state. Samuel de Champlain called it Le Lion Couchant (The Couching Lion). Natives were somewhat more descriptive, using a term meaning "prudently, we make a campfire in a circle near water and rest at this mountain." Whatever its name, generations of hikers will attest to the fact that rest is indeed needed while climbing it.